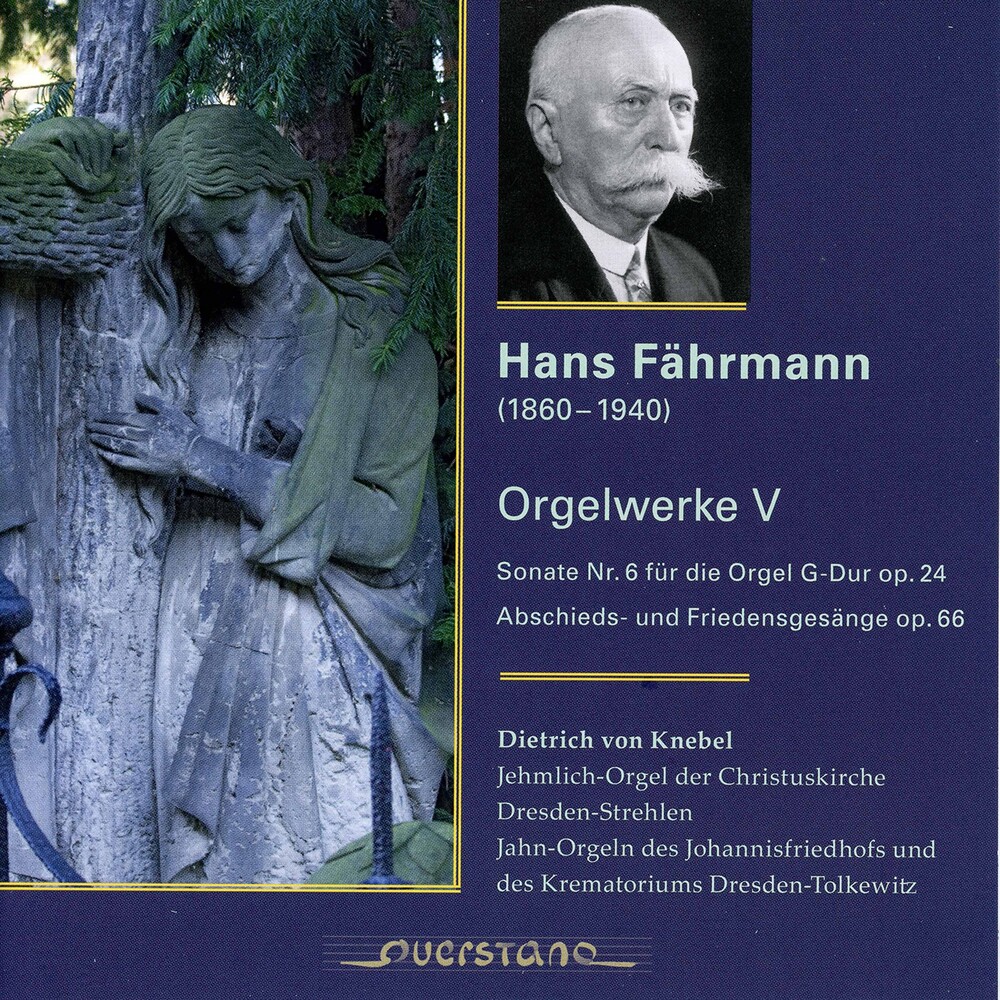 "The works of Fährmann represent as it were a nec plus ultra of the art of modern organ counterpoint and organ playing; at their best they rival the works of Max Reger, equal in boldness yet appearing at times superior in their fantasy." Although the interpreter, composer and pedagogue was celebrated at the time as here in 1902 in the scientific supplement of Leipziger Zeitung, he - as many of his coevals - was nearly forgotten over the years. Today his work, somehow at the interface of a Lisztian romanticism and a kind of moderate modernism, can be seen as an insider's tip. The organ player and specialist in German romantic organ music Dietrich von Knebel attends to the huge and multifaceted organ work of the composer. This album is already part V of his recording of Fährmann's music for organ. With a playing time of only about 20minutes, the Sonata No.6 is kept relatively concise within Hans Fährmann's entire oeuvre of sonatas. It was probably created in the period 1905/1906. The recording was made on the large Jehmlich organ of the Christ Church in Dresden-Strehlen (built in1904/1905). The Farewell and Peace Songs, op.66 are predominantly calm and meditative. They were written during the First World War in which Fährmann had also lost some of his students at that time. Here he writes a memorial tribute to some of them by name. The recordings of this cycle were made on the Jahn organs of the Dresden Johannis Cemetery and the Celebration Hall of the Dresden Crematorium.