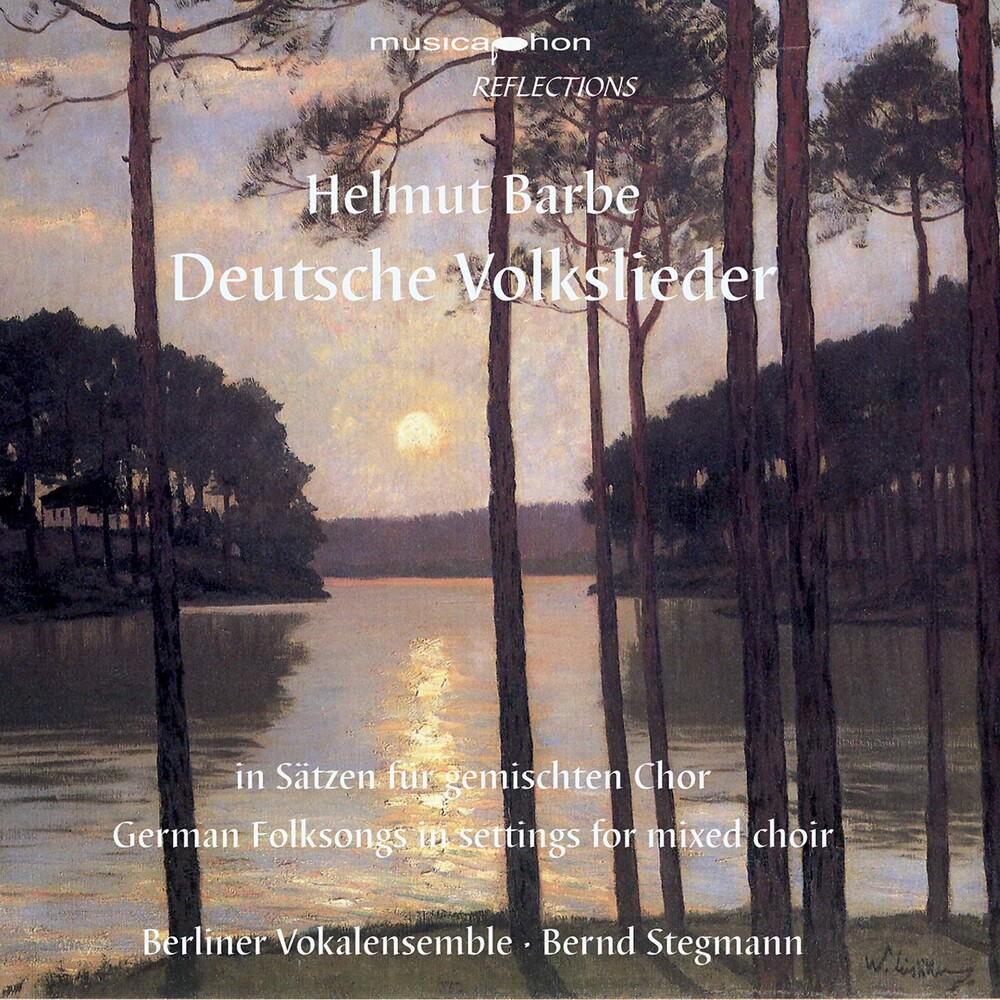 Helmut Barbe's affinity for quality choral music is evident. His settings of German folksongs presuppose a well-trained choir. For singing at home, it might often be the case that not enough singers are available; even so, the beauty of the settings is accessible to the listener. The songs arranged by Barbe originate from the 15th to 19th centuries. The above mentioned linear character of the older melodies and the more harmonic of the newer ones distinguish the respective choral movements to a certain degree. This is also true of the tonal foundation of the melodies. What lends Barbe's settings their great individual appeal is the abundance of nuances that he develops within the self-appointed boundaries. Often enough it is also the tense relationship between the details and the traditional foundation that generates this fascination. The setting is relaxed also there where it's simple melody suggests something rather compact. The melody wanders from voice to voice. Frequently, the individual voices sing "meaningless" syllables instead of the folksong text, so that a sort of "instrumental" accompaniment is created, which might also take on a humorous character. The refined, distinctive harmony often arises from the finesses of the voice leading. This tonal fascination, the rhythmic animation, for example in variants that suddenly negate the meter. As well as the lively interweave of the voices all serve to atmospherically consolidate the world of images evoked by the songs, whether they deal with sweet or bitter feelings, cheerful or serious occurrences. As often as these songs have been set polyphonically, in Barbe's arrangements one always finds new aspects.