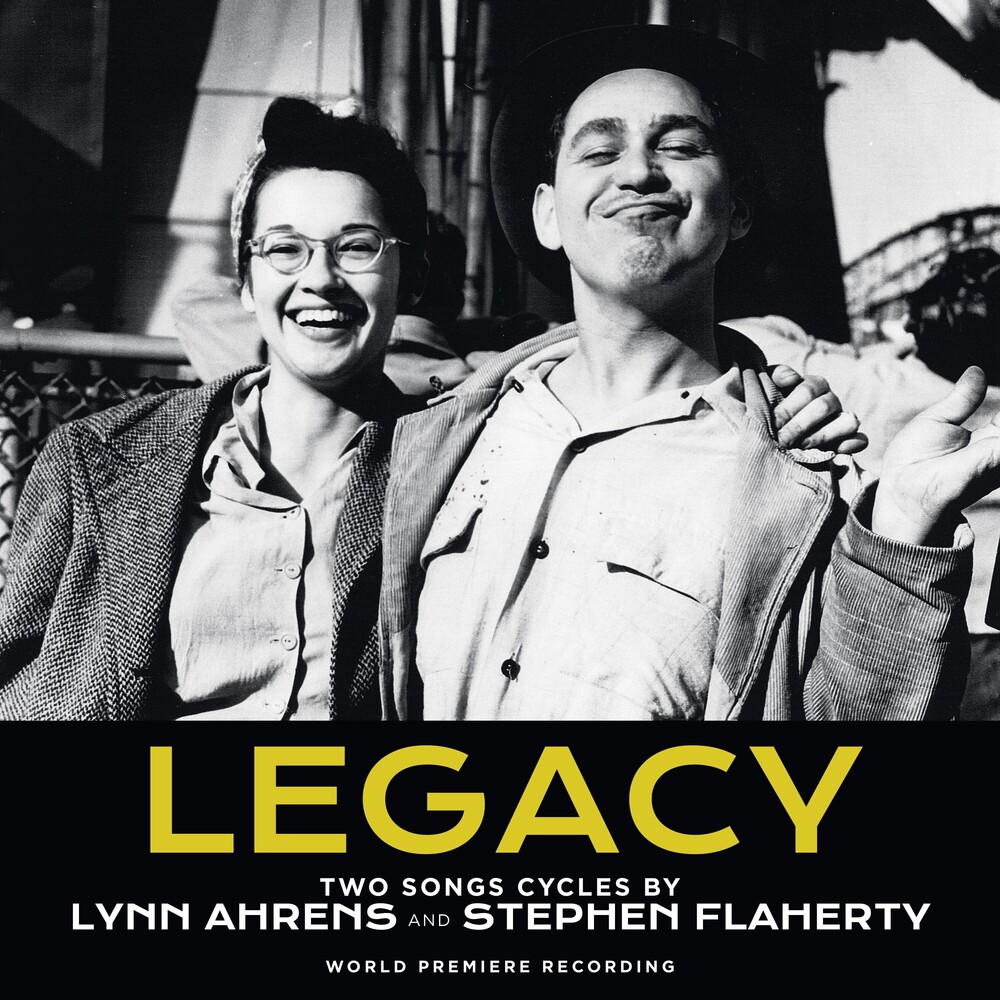 LEGACY, a collection of two previously unheard song cycles by the award-winning composing duo Lynn Ahrens and Stephen Flaherty, features stunning performances by Marin Mazzie and Jason Danieley, Sarah Uriarte Berry and Steven Pasquale. These demos, recorded 16 years ago, have been enhanced and remastered. As the pandemic hit, Ahrens and Flaherty were working on a new show in Florida and preparing for another to arrive on Broadway. Covid brought this work to an abrupt halt. But with time to pause and reflect on what they've experienced and produced together over the course of their mutual career, it seemed the right moment to put Legacy into the world.  The first song cycle, 1859: A FARMER'S DIARY, is based on excerpts from the diary of a farmer in upstate New York which he wrote over the course of one year, revealing the joys and sorrows of an unpredictable life. It was first recorded in April of 2004 with Marin Mazzie and Jason Danieley on vocals, and Stephen Flaherty at the piano.The next song cycle, A BOY WITH A CAMERA, was inspired by photographs taken in the 40's and 50's by Ahrens's  father, and is a celebration of New York City itself. This piece (including the song "Legacy") was recorded in November 2004 with Sarah Uriarte Berry and Steven Pasquale, with Steve Marzullo at the piano.  The final track of this song cycle, "Something Beautiful, " sung by Marin Mazzie, was recorded live at 54 Below with Stephen Flaherty (piano) and Antoine Silverman (violin) on September 28, 2013. In gratitude to the theater community, the author's proceeds will be donated equally to The Actor's Fund Outreach to the BIPOC Community, the Dramatists Guild Foundation Fellows Program, and the Marineau-Mazzie Music Theatre Performance Scholarship at Western Michigan University.