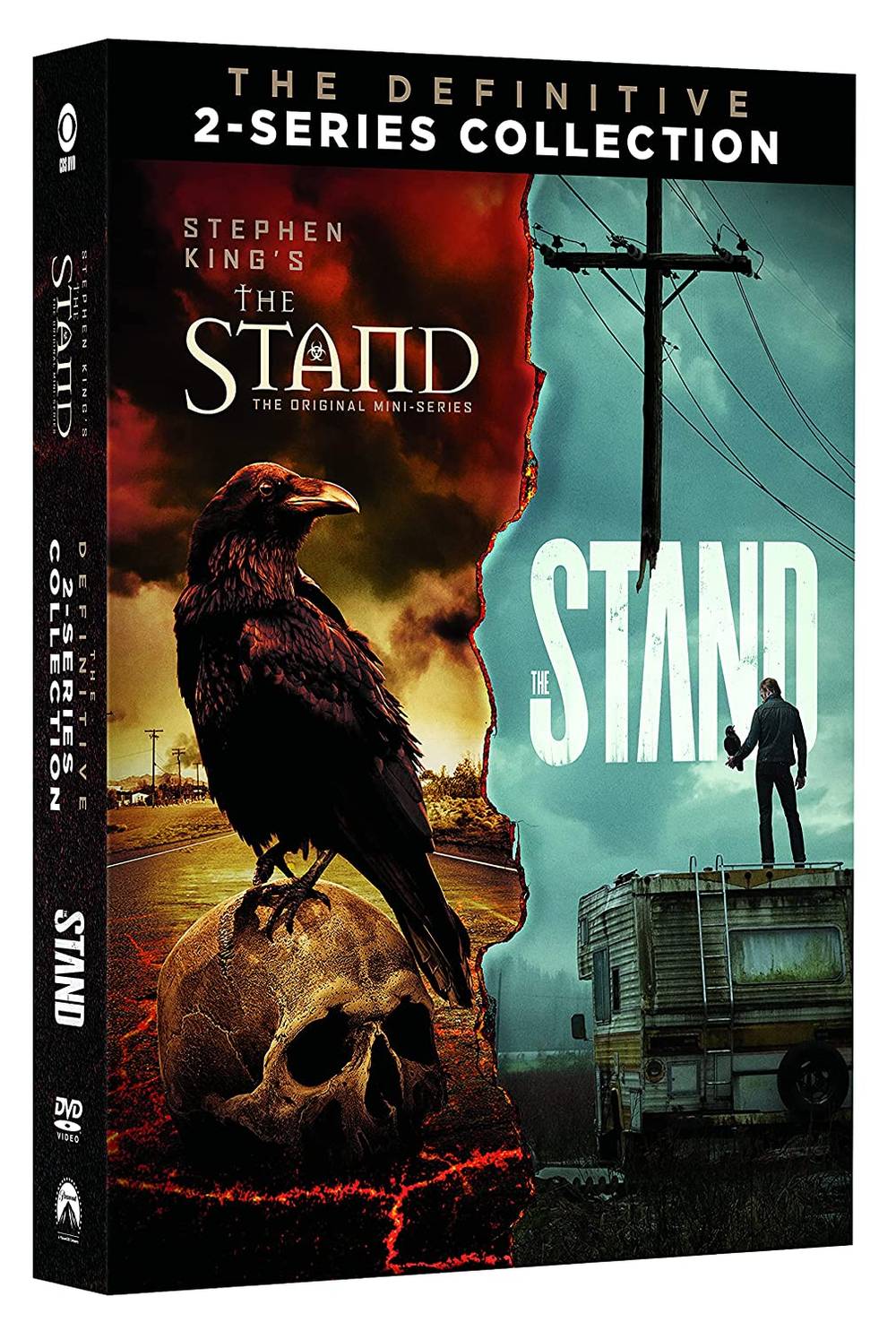 The Stand: The Original Mini-Series (1994): In Stephen King’s epic vision of an apocalyptic future, the few survivors of a plague-ravaged world must choose sides in the ultimate battle of good vs. evil that will decide the fate of humanity. As the followers of demonic Randall Flagg plot to rebuild the world in his dark image, a courageous foursome embarks on a heroic mission against Flagg and his minions. Fighting overwhelming odds, they will risk more than their lives as they take one desperate last stand against evil. The Stand (2020 Limited Series): THE STAND is Stephen King’s apocalyptic vision of a world decimated by plague and embroiled in an elemental struggle between good and evil. The fate of mankind rests on the frail shoulders of the 108-year-old Mother Abagail (Whoopi Goldberg) and a handful of survivors. Their worst nightmares are embodied in a man with a lethal smile and unspeakable powers: Randall Flagg (Alexander Skarsgĺrd), the Dark Man.
back to top