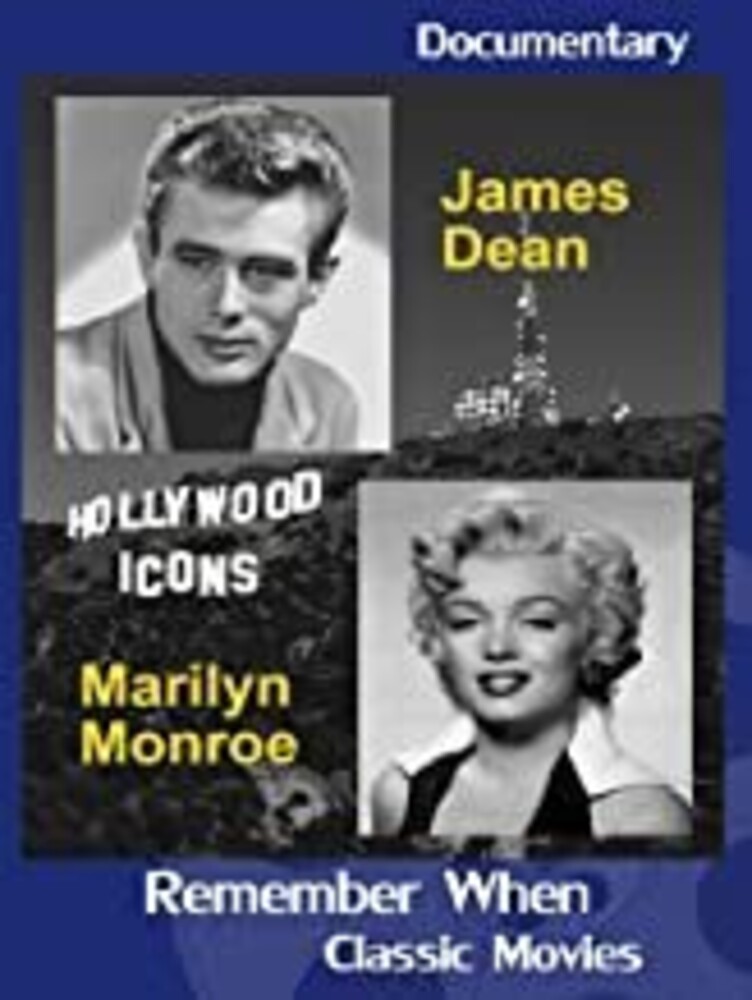 Hollywood Icons - Archive Documentaries. The James Dean Story is a 1957 American documentary released two years after Dean's death. This documentary chronicles Dean's short life and career through still photographs, interviews with the aunt and uncle who raised him after his mother's death when Dean was 9 years old, his paternal grandparents, a New York cab driver friend, and the owner of his favorite Los Angeles restaurant and outtakes from East of Eden. There is also footage of the opening night of the movie Giant and Dean's ironic public service announcement for safe driving. Although his father was still alive when this documentary was produced, his father is not mentioned in the film. The documentary is insightful and a loving memorial to the man whom so many adored. His life was a brilliant shining star which ended too quickly, but he and his legendary status will never be forgotten! The Legend of Marilyn Monroe is a 1965 documentary film narrated by John Huston. This documentary profiles the troubled life and extraordinary career of the most iconic of 20th century movie actresses. Included are interviews with friends, cast and crew who worked with her and others who intimately knew her, clips from her films and some scenes which were cut from her previous movies and not seen for many years. 'Home Town Story' (1951) is a classic Hollywood drama featuring an early performance from Monroe. Some little known facts about Marilyn Monroe: Her birth name was Norma Jean Mortenson, her father was absent throughout her life, her grandmother was committed to a hospital for mental disturbances, she stuttered on occasion, married her first husband when she was only 16, she had some minor plastic surgery done, and she attempted her first suicide after her agent died in 1950. She was beloved and sometimes reviled, but always remained the most iconic sex symbol and actress of her time!