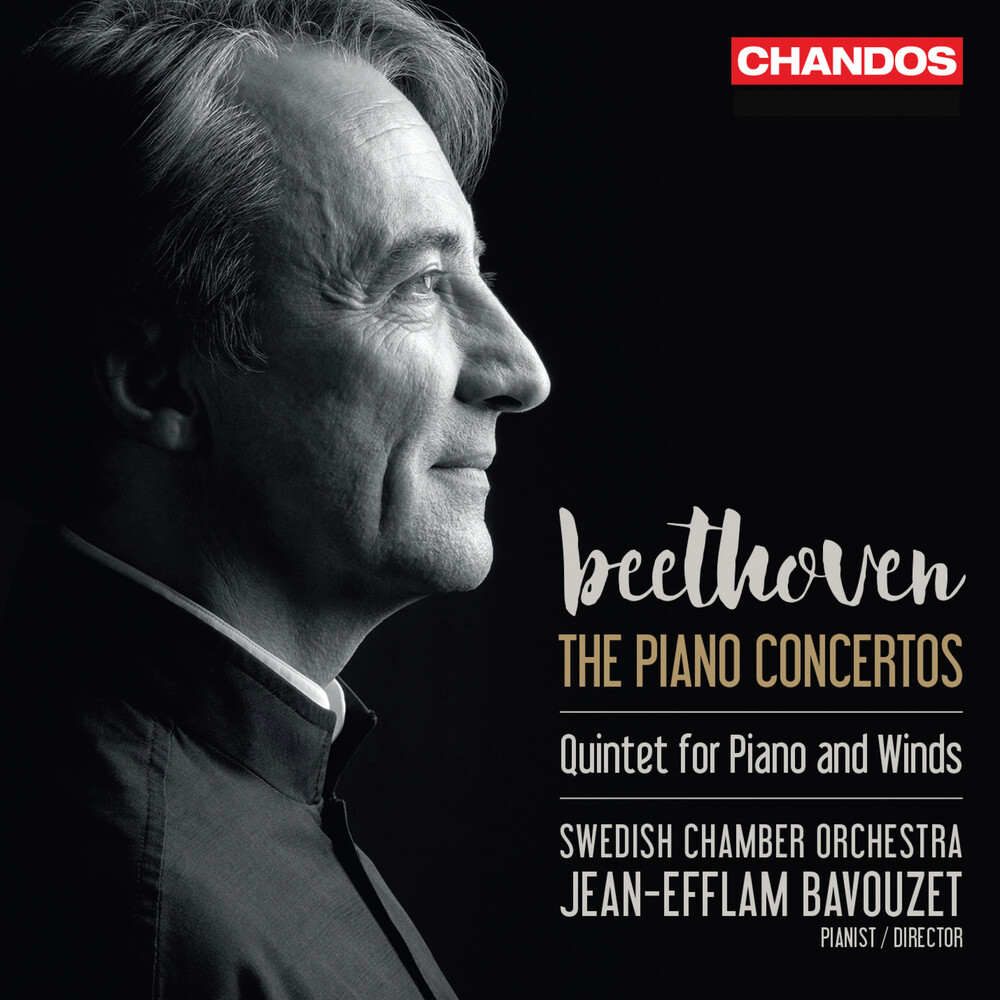 Following his acclaimed recording of sonatas by contemporaries of Beethoven, Jean-Efflam Bavouzet further celebrates the great composers' anniversary year with this set of the complete Beethoven Piano Concertos. Electing to direct the Swedish Chamber orchestra from the keyboard, Jean-Efflam writes: 'To play a concerto under a conductor who shares and enriches one's vision of the work concerned is one of the greatest joys in the life of a soloist. Nevertheless, one can also admit that some aspects of performing without a conductor may prove advantageous. Rehearsal time is generally speaking made longer by the process of working out the different protocol of gestures from the soloist and the leader in coordinating the ensemble playing. As this work proceeds a creative bond is forged, resulting in an artistic osmosis, a common vision of the work, in which compromise has no place. For the pianist there is also the delight of appearing face to face with the entire orchestra, in direct visual communication, the musicians perhaps more likely to take personal initiatives, thus multiplying the pleasure of a genuine participation, dialogue, and musical exchange.' The Cadenzas used in this recording are all Beethoven's, from the set that he wrote-out in 1809, and so are contemporaneous with the Fifth Concerto.