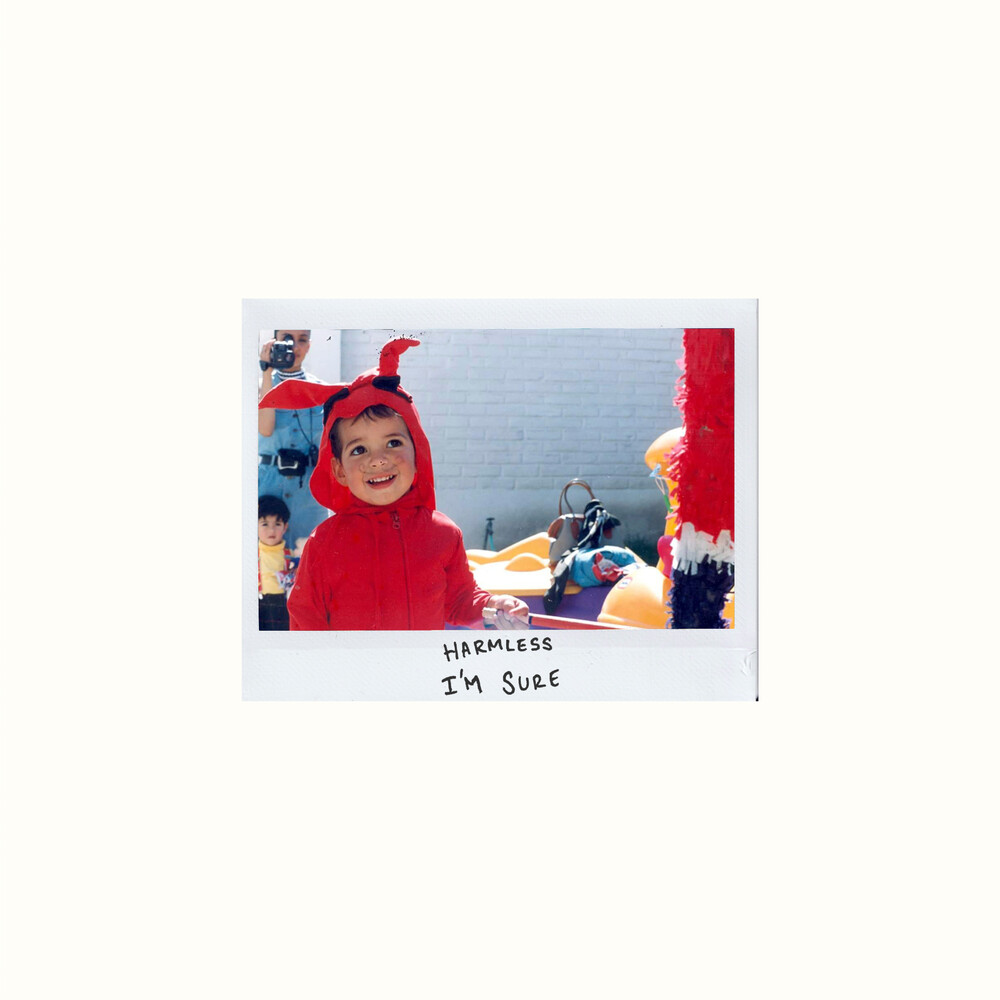 Harmless is a colorful mix of emotions woven seamlessly with bright electronic synths, smooth vocals, and the occasional playful saxophone. He used hip hop to expand his English when he immigrated to San Diego from Mexico at ten years old. He eventually moved to Los Angeles to study film in college, but it was not until a job editing music to images that he realized music was the passion he wanted to pursue full-time. Since then, he has released musical projects under Twin Cabins, Canito, and currently Harmless. In 2019 his 2012 track, "Swing Lynn," recorded originally as Twin Cabins on the album I'm Sure, started to gain new momentum on TikTok and has not stopped growing since, amassing over 200 million stream. The I'm Sure 10th Anniversary Vinyl includes a new cover inspired by the original, a picture of Nacho (Harmless) dressed as a little devil taken by his mother. "I wanted this reissue to reflect feelings of love and friendship through the design work of my wife and photos of friends taken by one of my closest friends," Nacho states. "I wanted it to feel personal by featuring my own handwriting, mistakes and all. There's no other vinyl version of I'm Sure like this. I wanted to differentiate it from any previous versions so that it truly feels special for every person that gets their hands on it."
Stock levels do not reflect our retail location. Available items ship directly to your doorstep from our supplier's warehouse. To check our retail stock levels give us a call at 317-259-1012'
This website uses cookies to personalize content and analyse traffic in order to offer you a better experience.
I accept Learn More
back to top