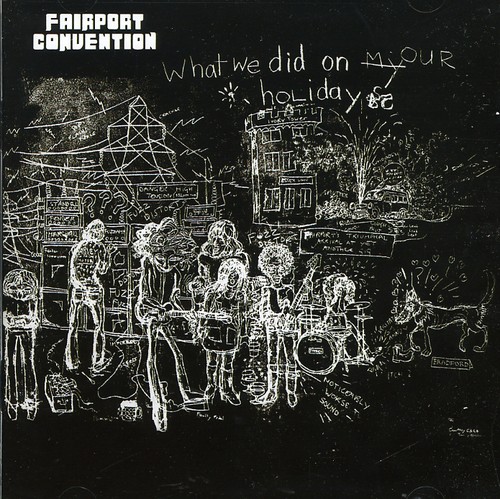 What We Did On Our Holidays [Import]
Artist: Fairport Convention
Format: CD
New: Available $12.99
Wish

Digitally remastered edition of the 2nd Fairport Convention LP and the first to include the presence of Sandy Denny was recorded in 1968. It showcases a young group taking pleasure in singing and playing whatever took it's' collective fancy, and doing this with surprising sensitivity, authority and musicality. Also evident is the trademark unpredictability and wacky sense of fun which marked their live concerts. Make 'em laugh, make 'em cry, make 'em puzzled; that was early Fairport. Includes 3 Bonus Tracks. "Throwaway Street Puzzle" was released as the b-side of the "Meet on the Ledge" single. "You're Gonna Need My Help" is a rare BBC Radio recording from 1969 and features a virtuoso slide-guitar performance by Richard Thompson. "Some Sweet Day" was originally recorded to be released as a single but was shelved in favor of "Meet on the Ledge".