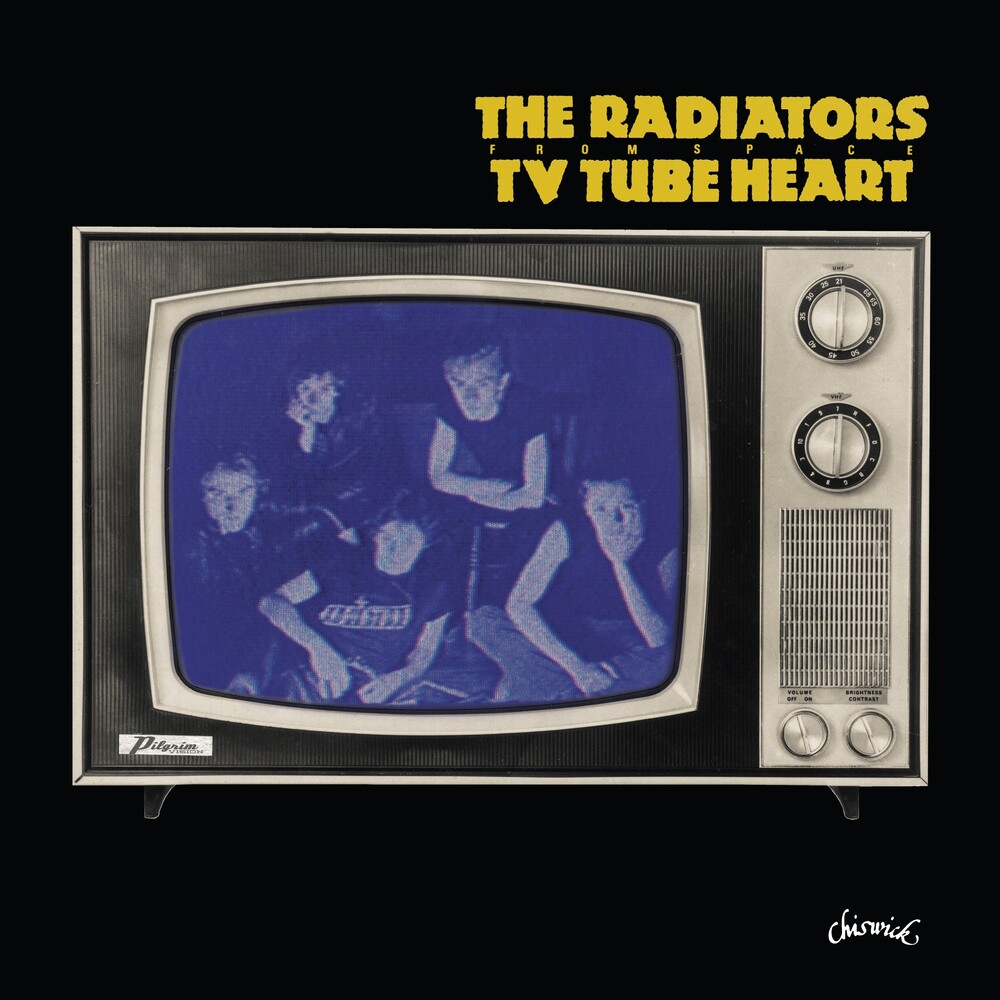 One of the first punk rock bands of the 70s music revolution, and certainly the first in Ireland, The Radiators From Space came roaring out of a 7-inch 45 with (I'm gonna smash my Telecaster through the) 'Television Screen' in April of 1977, a month after 'White Riot'. Before the year's end, a second 45 'Enemies' (sometimes NMEies) and the "TV Tube Heart" long-player had appeared. Although the second single was on there, the debut was recorded in an altogether more relaxed style, presaging that there would be more to The Radiators than three chords and a polemic. In fact, they were obviously more sophisticated players than some of their contemporaries. The album was a full-on assault on all that any self-respecting youth would find wrong about the world at the time. All band members contributed to the songs, but it was Philip Chevron's acerbic, angry, pointed and literary lyrics that gave the band such an edge. Philip strutted a gritty lead guitar counterpointing Pete Holidai's underpinning rhythm, with Mark Megaray's flowing bass lines belying the instrument's more usual role to sit in with drummer Jimmy Crashe's taut, driving rhythm. Steve Rapid fronted the band on some tracks, but Pete and Philip carried most of the lead vocals. Steve left before the record came out - he became a successful graphic designer and has re-imagined the sleeve for this 10-inch issue. He also designed the original. A second album, "Ghostown", produced by Tony Visconti, came out in 1979, hailed now as one of the classic Irish albums of all time. Over the years the band periodically re-formed, first with the gay love song of great yearning 'Under Cleary's Clock', and then making two more great albums in "Trouble Pilgrim" and "Sound City Beat", covering great Irish 45s of the 60s and early 70s. Philip went on to a career as a Pogue, sadly leaving us way too young in 2013. Mark Megaray likewise departed at an early age. Pete and Steve keep the flame alive with Trouble Pilgrims, and if you are lucky you can catch them at a Dublin club sometime - well worth it. ? 10' VINYL EDITION WITH A SPECIAL DIE-CUT TV SLEEVE. LIMITED EDITION OF JUST 500 COPIES