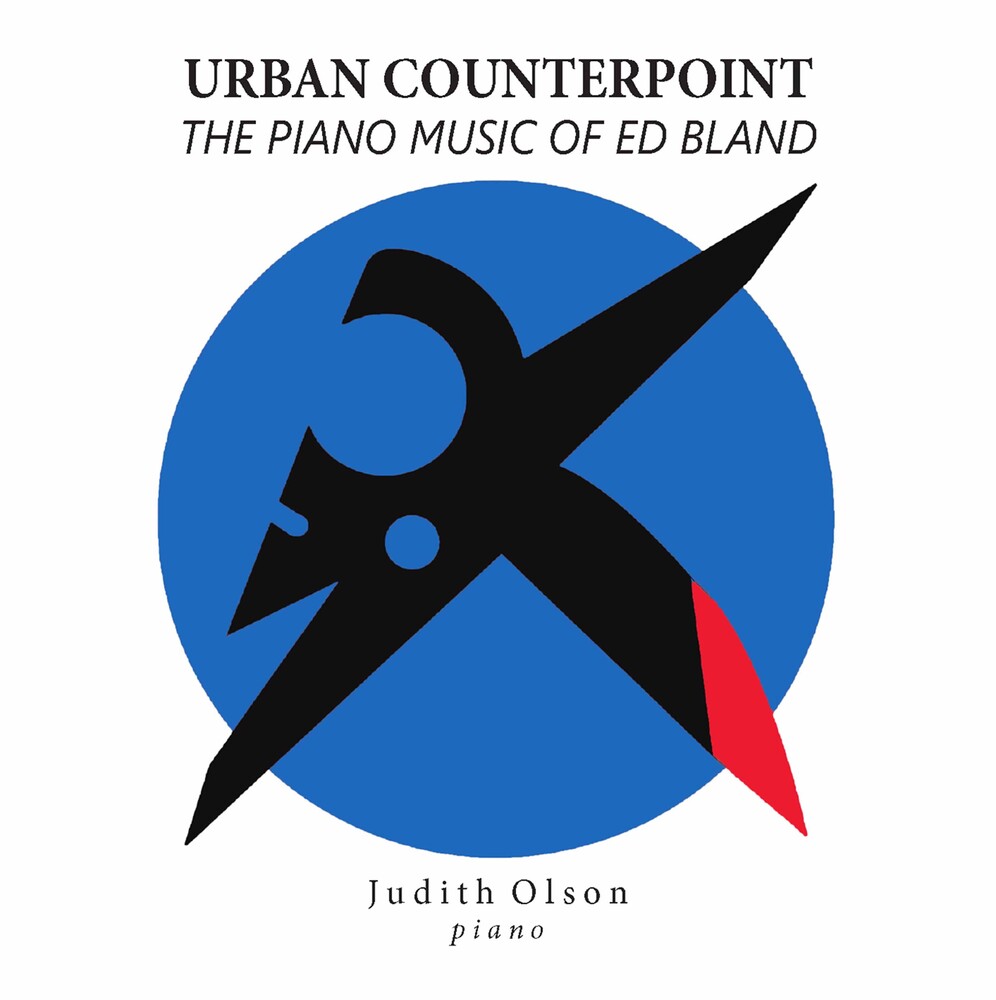 Cambria Master Recordings is pleased to announce Urban Counterpoint - The Piano Music of Ed Bland featuring pianist Judith Olson (Cambria-1256). As a preeminent African-American classical composer working in the second half of the 20th century and the first decade of the 21st century, Ed Bland refined his compositional style through the fusion of early 20th-century Western European music culture (a la Igor Stravinsky's Rite of Spring), with the juxtaposition of traditional African-American jazz and gospel roots and complex rhythmic patterns of West African drumming. Throughout his career, Mr. Bland enjoyed the challenge of writing for various combinations of instruments (even if seldom used) and his compositions always included a broad range of textures, with a diversity of rhythms which is most evident in the nine works for piano presented on this recording. From Classical Soul, Cell fone Blues, and Phunky Phrogs Rag to Three Chaconnes in Blue, Ed Bland's key objective was to simultaneously maintain the "aesthetic Now," or "extended Now" of jazz improvisation, and unpredictability of the work within a coherent structure. None of this could have been realized without the remarkable collaboration of pianist Judith Olson. Olson worked on interpretation of the works with Ed Bland for several years before going into a studio to record the definitive version. Athough the works might seem like improvisations, in fact they are precisely notated within a strictly classical structure. Urban Counterpoint is Cambria's second release of the music of Ed Bland. Previously, Cambria issued Urban Classical, which features instrumental works composed by Mr. Bland.