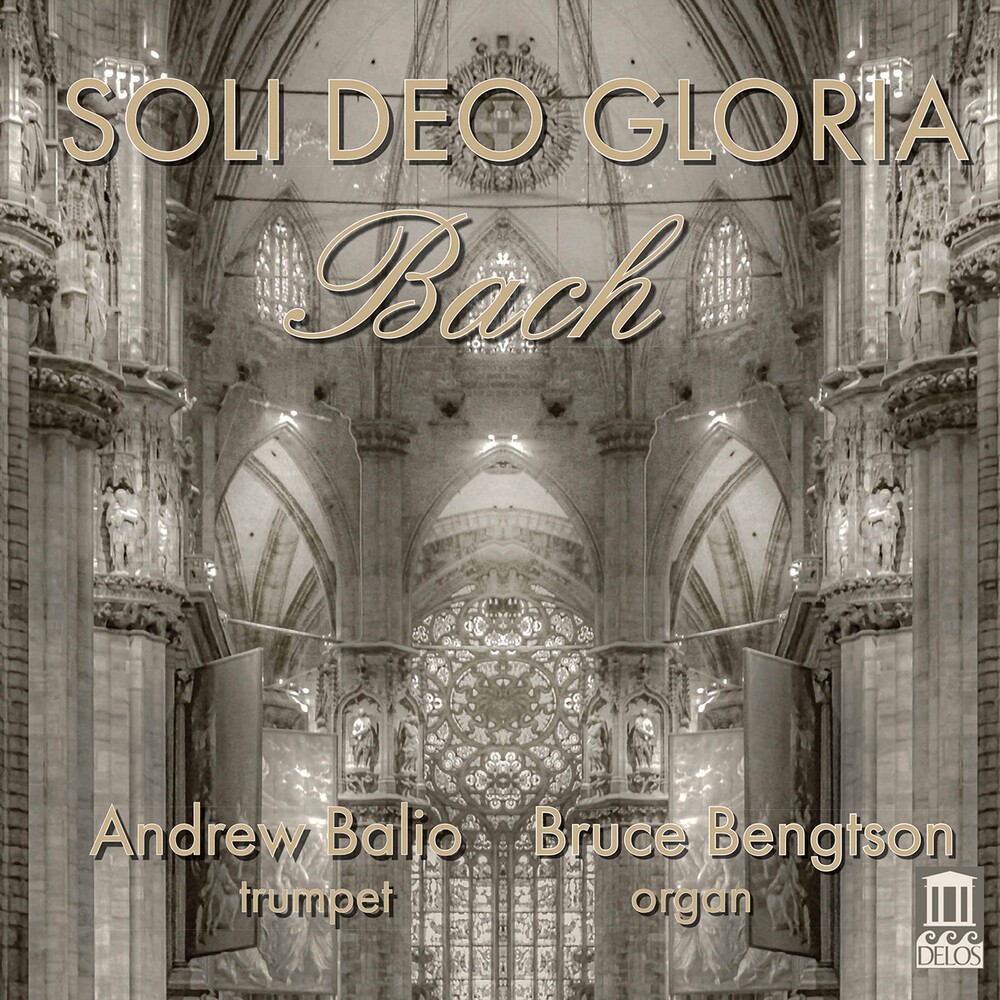 Virtuoso trumpeter Andrew Balio's superlative transcriptions of music by J.S. Bach delight the listener with both new and familiar sounds. Bach affirmed that "the aim and final end of all music should be none other than the glory of God and the refreshment of the soul." At the end of his compositions he wrote Soli Deo Gloria "To God alone, the glory," emphasizing his deep faith and devotion. The trumpet sings, sighs, speaks and prays. Balio and organist Bruce Bengtson partner in this exceptional album of the enduring music of J.S. Bach. Andrew Balio is the principal trumpet of the Baltimore Symphony and the founder of the Future Symphony Institute, which has a following of nearly 5k across Facebook and Twitter. His video with the Baltimore Symphony, "From the Practice Room: Bach's Brandenburg Concertos" has over 23,000 views.